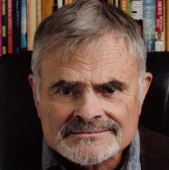 ACPE Retired Educator Robert Rogers died Wednesday, December 2, from a second heart attack. He had a previous attack on Thanksgiving Day. Previous to his retirement, Robert had been active in the St. Louis Cluster and before that in the North Central Region. Prior to his death Robert and his wife Linda resided in Rolla, Missouri. 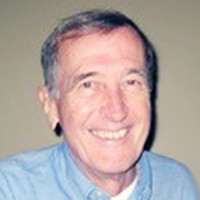 ACPE Emeritus Mark Anderson of Minneapolis, passed away peacefully at home on November 5, 2020. Mark is reunited with his family and dear friends he loved. Preceded in death by wife Donna, parents Fritz and Lavinia, brother Joel and sister Kristi Downing. Mark is survived by: children Scott (Karen), Nathan (Jane), Karn; grandsons Justin (Beth), Otis and Andrew; great-grandsons Henry and Walter; step grandchildren and great-grandchildren, brother Oz (Jean), nieces, nephews and the many friends his life graced.  A memorial service is scheduled for December 13, 12 p.m. Central Standard Time on Zoom. The link will be posted on his Caringbridge site. 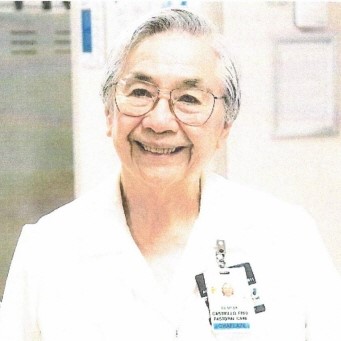 ACPE Spiritual Care Professional Sr. Minda Castrillo died on July 25, 2020. Sr. Minda Castrillo was the Staff Chaplain at St. Francis Hospital for 26 years. Sister Minda was 89 years old. At the end of May, she was admitted to the hospital and found to have a mass. After surgery at the end of June she chose to be on Hospice. She was buried two months after the beginning of her illness.

ACPE Retired Educator Louis Bach Hoyer Sr., age 90, of Worthington, passed away on Wednesday, September 23, 2020 at the Claremont Retirement Village following an extended illness. The son of Ludolf Joseph Hoyer & Melanie Bach, he was born on August 8, 1930 in Morris, MN.

Louis married Doris Eleanor Nicoll on March 21, 1954, together they shared 66 years of marriage. Dr. Hoyer earned his master’s degree in Theology in 1955 and his PhD in Psychology in 1962 from Boston University. Louis later went on to work as a Pastor at Lakeside Methodist Church in Lynn, MA. He taught Clinical Pastoral Education at the Lutheran School of Theology in Chicago, IL and eventually became the Director of Pastoral Counseling Services in Columbus, OH. Dr. Hoyer was a member of Linworth United Methodist Church and was also a member of the Golden Fleece Masonic Lodge.

A memorial service will take place at a later date. The family would like to thank the staff at the Claremont Retirement Village and Capital City Hospice for their kind and compassionate care. 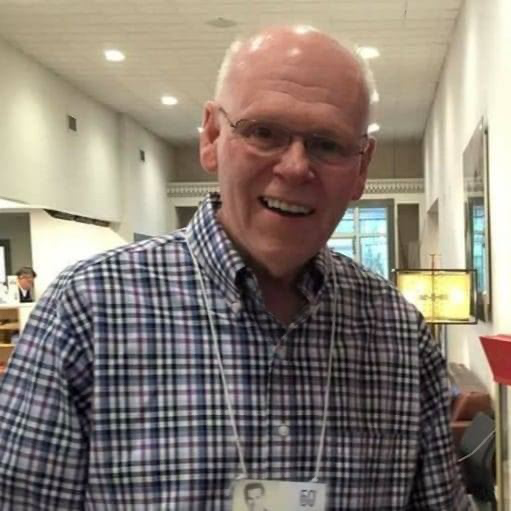 ACPE Certified Educator Kenneth Blank died on September 13, 2020. He lived in Edmond, Oklahoma with his wife of 42 years, Audrey, and was a father and grandfather. A Celebration of Life will be streamed on Monday, September 21, 2020 from 2:00 - 3:00 PM Central Time by the First Presbyterian Church of Edmond, Oklahoma. 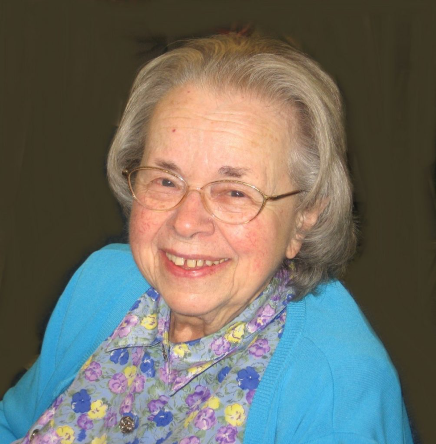 Sister Agnes Mary Joy, M.M. died on August 13th, 2020 at the Maryknoll Sisters Center, Maryknoll. NY. She was 89 years old and had been a Maryknoll Sister for 66 years. Agnes was born on June 10, 1931 in Newburgh, NY to Louise McLaughlin Joy and Edward Joy. She had one sister, Mrs. Jane L. Larkin, who pre-deceased her.

Agnes attended the College of St. Rose in Albany, NY where she earned a Bachelor of Arts Degree in English and Philosophy in 1953. She then continued her education and earned a Master’s Degree in History at the Catholic University of America in 1955. After completing her studies, she entered the Maryknoll Sisters Novitiate, Maryknoll, NY on September 2nd, 1954 (from St. Mary Parish, Newburgh, NY). She made her First Profession of Vows at the Maryknoll Sisters Center, Maryknoll, NY on March 7th, 1957 and her Final Vows on March 7th, 1963 in Puerto Armuelles, Panama.

In 1957, after making her First Vows, Sister Agnes was assigned to teach at Colegio San Antonio High School in Puerto Armuelles, Panama. After a few years, in 1963 she relocated to Puebla, Mexico. There, she served as Director of the Jesuit Elementary School until 1967 when she was assigned to the Maryknoll Sisters Novitiate in Valley Park, MO. She then returned to the Maryknoll Sisters Center, Maryknoll, NY in 1969 to serve as Assistant Director of the Formal Education Department and to serve on the Orientation Team until 1973. Sister Agnes relocated to Houston, TX in 1973 to serve as Chaplain Intern for the Association of Clinical Pastoral Education Program at Ben Taub Medical Center (located within the Texas Medical Center). In 1979, she was promoted to Supervisor of the Clinical Pastoral Education Program and also served as Director of Chaplains for the hospital for the next 31 years. 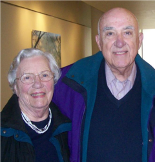 The Rev. Dr. John F. Shaw was born and raised in Detroit, Michigan, the only child of Scottish immigrant parents. After high school, he moved with his family to Southern California. He received his B.A. in Political Science, and then attended San Francisco Theological Seminary where he met and married Julia Pickard Shaw in 1952. He graduated in 1954 and began his career as a Presbyterian minister in a small church in Idaho. As his young family grew, his pastoral call took him to churches in Arizona and California where his passion to serve others led him to a new career as a hospital chaplain. He earned his PhD in Pastoral Counseling in 1982 as he served as a chaplain at Santa Monica Hospital. While the work was emotionally draining, he felt honored to support and care for families in times of crisis. He retired in 1989 as the Director of Pastoral Care at Overlake Hospital in Bellevue, Washington. He continued to support the expansion of pastoral care through an endowed chair for the Study of Pastoral Care at the San Francisco Theological Seminary. He was a dedicated volunteer, serving as the President of Bellevue Rotary, and on the boards of Overlake Hospital, United Way of King County, the Seattle Symphony, Presbyterian Retirement Communities Northwest and the advisory board of the Pacific Northwest Ballet. He was almost 91 years-old when he died in Seattle, Washington. He is survived by four children: Jeff, Juliann Phillips, James and Jennifer Shaw, 13 grandchildren and an ever-growing number of great-grandchildren. He was preceded in death by his beloved wife, Julia and his son John F. Shaw, Jr. 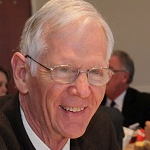 ACPE Friend Dr. George Pickle was born on January 13, 1942 in Tyler, Texas and died from injuries sustained in a fall on June 22, 2020 in Marietta, Georgia. He is under the care of Georgia Memorial Park Funeral Home and Cemetery Winkenhofer Chapel. Cards may be sent to Kathy Pickle at 3002 Rockbridge Road, Marietta, GA 30066. His living daughter's name is Renee Silvasy. 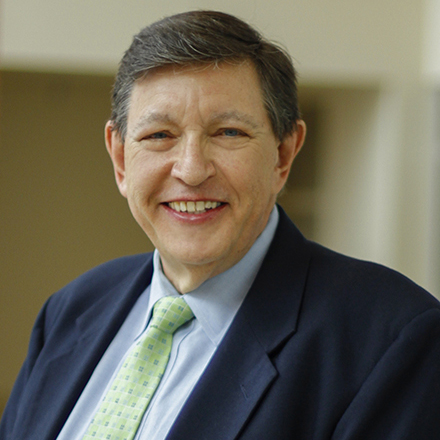 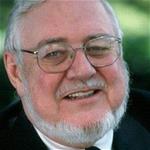 Albert L. Galloway, 85, died on April 19 (his mother’s birthday), 2020. Al was born December 15, 1934, in Baltimore, MD, to Edith and Albert, Sr. Al received his call to ministry while at the Chautauqua Institution in New York. He graduated from City College High School (Baltimore), Tennessee Wesleyan University (Athens, TN), and received his Master of Divinity from Drew Theological Seminary (Madison, NJ) in 1960. After serving for 3 years at Marvin Memorial United Methodist Church in Silver Spring, MD., he entered the hospital chaplaincy at Indiana University Hospital in 1965, later becoming the director of the chaplaincy program which included University, Riley, and Long hospitals. In 1968, he was listed as a founding member of the Association for Clinical Pastoral Education (ACPE) and served as its Certification Chair. 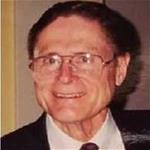 Rev. Dr. Joe Boone Abbott, ACPE Retired Educator, died peacefully in his home in Birmingham, in the company of his high school sweetheart and life companion, Peggy, on February 6, 2020. Rev. Dr. Abbott was born February 24, 1932 in Tuscaloosa, AL. He graduated from Baylor University and received his Master of Divinity from Southern Baptist Theological Seminary and his Doctor of Ministry from Columbia Theological Seminary. Joe pastored churches in Indiana and Alabama, before training as a pastoral counselor. He was instrumental in founding Alabama's first hospice program at Baptist Hospital Montclair and the Pastoral Counseling Center, along with the pastoral counseling training program at Baptist Health Systems. Joe retired from the Baptist Health System of Alabama as Corporate Vice President for Pastoral Care and Counseling.

Rev. Gordon "Gordy" Grimm, ACPE Retired Educator, age 86, passed away peacefully on January 5 at Ecumen in North Branch. He was born in Sac City, IA, and was a graduate of Luther College and Luther Theological Seminary. He was ordained in 1960. Gordy met his future wife, Esther, while serving as a chaplain in Willmar. He worked in the field of chemical dependency for nearly 45 years, most of which was in service at Hazelden, where he helped shape the organization's multidisciplinary approach to chemical dependency treatment. He was its first full-time chaplain and and developed the Clinical Pastoral Education Program. Upon retirement, he focused his efforts on advocating for the disabled.