What is the potential of joining together? 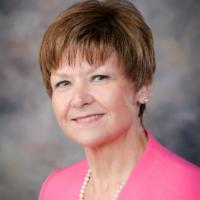 Last week my state was in the news as we suffered in a winter weather event. You may be aware of the swath of frigid weather across the south and southeast. The “Polar Vortex” hit Dallas, TX on Valentine’s Day, February 14th. The temperatures dropped dramatically, and the precipitation changed from snow to sleet to ice.

The highways and city streets became treacherous. Soon the electrical grid became stressed. Texas utilities companies first warned of “rolling blackouts” throughout the state. The blackouts then escalated from “rolling” to consistent. Without power, the temperatures in homes dropped and pipes froze. When the temperatures finally rose and the pipes thawed, flooding revealed that many frozen pipes had split or burst. One set of friends kept relatively warm using their fireplace and stored their food outside where it was kept colder than in the refrigerator. For many less fortunate people, their homes were flooded and destroyed, and lives were lost. It will be months before the state recovers.

How did this happen? In the past, Texas’s state government decided that it would not join the national energy grid. Texas didn’t want to work together with other states for the greater good of all. That and some shortcuts in other areas, guaranteed that sooner or later this would happen in Texas, leaving approximately four million people in the dark and cold with no safe water to drink. (Interestingly, similar weather events happen in approximately ten-year intervals.)

I don’t know if my state will gain any insight into the potential of joining together to avoid future catastrophes.

So how does this apply to ACPE? As you know, the executive committees of the ACPE and the APC have been in conversation about the possibility of joining together for the betterment of us all. The full boards of both ACPE and APC met via Zoom on Friday, February 26th. Through small groups in breakout rooms, we had the opportunity to meet new people, renew connections with colleagues, and share our hope and trepidation regarding our potential merger.

The executive committees of ACPE and APC will meet again this week. We will continue our dialogue to discern the best interests for both our associations, and how we can positively change the landscape of professional spiritual care for future generations of caregivers and educators.

I solicit your thoughts and intentions as we meet. None of us want to be left out in the cold and dark, nor do we want to leave others out.

Rev. Melissa Walker-Luckett, ACPE Certified Educator at Children's Health Children's Medical Center Dallas in Dallas, TX, serves as Chair of the Board of Directors. She may be contacted at melissa.walker-luckett@childrens.com